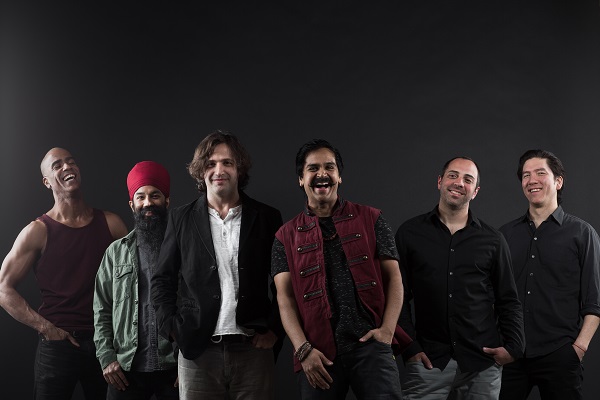 Red Baraat is a pioneering band from Brooklyn, New York. Conceived and led by dhol player Sunny Jain, the group has drawn worldwide praise for its singular sound, a merging of hard driving North Indian bhangra with elements of hip-hop, jazz and raw punk energy. Created with no less a purposeful agenda than manifesting joy and unity in all people, Red Baraat empowers their audience in a celebration of the music and dance of its members. Red Baraat’s 2018 album, “Sound The People”, hit the top 10 on the World Music Charts Europe and was heralded in the US as the anthem soundtrack for the South Asian diaspora by STEREOGUM. Come join the party!
This is a Rialto Series performance.