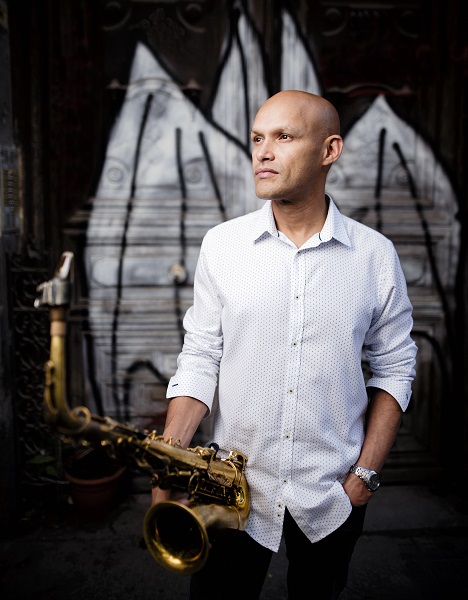 Multiple Grammy-Nominee and Guggenheim and MacArthur Fellow Miguel Zenón represents a select group of musicians who have masterfully balanced and blended the often-contradictory poles of innovation and tradition. A native of San Juan, Puerto Rico and resident of New York, Zenón is widely considered as one of the most groundbreaking and influential saxophonists of his generation. He has also developed a unique voice as a composer and as a conceptualist, concentrating his efforts on perfecting a fine mix between Latin American Folkloric Music and Jazz. This promises to be an unforgettable evening of music! Zenón has topped both the Jazz Artist of the Year and Alto Saxophonist categories on the 2014 JazzTimes Critics Poll and was selected as the Alto Saxophonist of the Year by the Jazz Journalist Association in 2015, 2018, 2019, and 2020. Zenón has given hundreds of lectures and master classes at institutions worldwide and is a permanent faculty member at The New England Conservatory, The Manhattan School of Music, and serves as the current Artist-In-Residence for the Zuckerman Institute at Columbia University.
This is a Rialto Series performance.